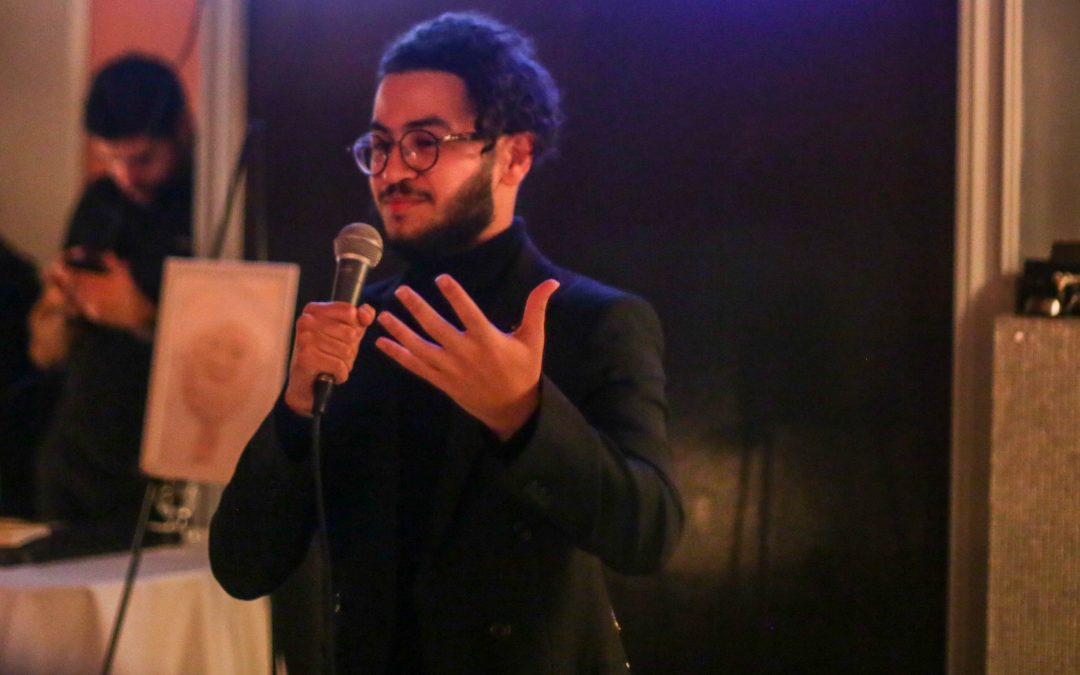 “Imagine the power of 100,000 stories!” That’s what comes to mind for Ahmed Badr when he considers all the out-of-school children who’ve been given a voice through the work of the Luminos Fund.

Upon first impression, Ahmed is unassuming, quiet, likable, and inviting, with a confident boyish charm. He gives nothing away in his gait or demeanor. No clues to indicate anything other than normalcy in his past. He appears to be a regular guy just living an ordinary life. That is, at least until he tells you the extraordinary tale of his childhood.

Ahmed was born in Iraq. He remembers his feelings of excitement to stay the night at his grandmother’s house. When he was picked up by his father the next day, things felt different — something wasn’t right. Ahmed soon learned that his home had been bombed the night before by militia troops. The ripple effect of this devastation carried Ahmed and his family quite unexpectedly from Baghdad and into Syria as Iraqi refugees. Two and a half years later, they were in the United States building a new life. 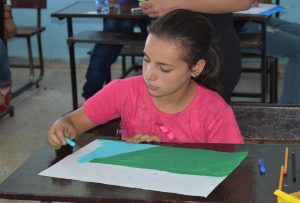 There was something poetic about listening to Ahmed recount his story at the Norwood Club in New York City, on a frosty evening just a few weeks ago in January. He was surrounded by the inspiring artwork of Syrian children who, currently in Lebanon, are participants in the Luminos Fund’s refugee education program. Luminos is actively working in Lebanon because we believe all children should experience joyful learning, regardless of circumstances. We see art therapy as an integral component in redeeming the joyful journey of childhood after trauma.

“Art is expression. It is prose and poetry through paper and paint. It captures and carries the heart, the imagination, the soul, the very voice of each child. It transports them to us, to the very people who should hear and respond by recognizing them as individuals who matter. Art is agency. It is empowerment. It is story telling.” – Ahmed Badr

For Ahmed, agency, empowerment, and storytelling are the three legs of a sturdy stool. Together they provide a platform for displaced children – young people like him, like the Syrian refugees, and like the out-of-school children in Ethiopia and Liberia whom Luminos serves. A platform upon which they can stand and activate their own power and engage productively with the world. 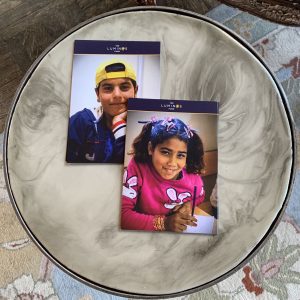 If you have not heard him speak before, you should find an opportunity to listen. Ahmed’s outlook is refreshing. Although there certainly exists no shortage of geopolitical complexity in his existence as an Iraqi American, Ahmed feels no dissonance in the parts of him that represent his early years and his current life. Instead, he believes his different vantage points equip him with a unique voice, an instrument that can help the world convert its confusion into cooperation.

When he scans the room and imbibes the artwork of Luminos children, Ahmed sees victors, not victims. They have struggled, yes. Travailed unimaginable traumas. However, their knowledge, wisdom, and experiences make them vital voices in the great global discourse. They need to be heard so they can help the world step into the shoes of its better self. Ahmed’s current work, as a writer, speaker, social entrepreneur, and poet, is focused on accomplishing just that.

“What often happens is that people don’t think they have a story to tell. But everything changes when they begin to realize that one of their most powerful attributes is the very narrative of their lives. The work we should be doing – as educators, social entrepreneurs, and international development professionals – is elevating the voices of the displaced. And this is important: we should elevate them and not replace them.” – Ahmed Badr

Ahmed is on a crusade to help displaced young people feel valued, validated, and listened to. He wants to help activate the power that is already in them. Like the team at Luminos, Ahmed believes that the agency, empowerment, and storytelling that is born through joyful learning can help unlock the light in every child, so that every child can unlock light throughout the world.

“The creative offerings in the insights and imaginations of these children need to be seen and engaged, so that the world can truly see them and also itself. The work Luminos does – this combination of creativity and education – has an effect that will cascade across generations. As each child experiences joyful learning, they will take that seed and plant it in the heart of their present communities and in the spirit of their future children. 100,000 will impact millions. You can’t help but get excited about that.” – Ahmed Badr

Ahmed Badr spoke at the Norwood Club in New York on January 31st, 2019. He was the much appreciated guest of the Luminos Fund, at an event very generously hosted by Madeleine Schachter and supported by docents from Christie’s. The event showcased the artwork of Syrian from Luminos’ refugee education program in Lebanon. Discover more about Ahmed Badr and his work here.

Globally, the Luminos Fund has helped over 120,000 children get a second chance to learn.